Is there a project you would like to discuss? Fill in this online form or click below to drop me an email.
CLICK HERE
Let's talk! 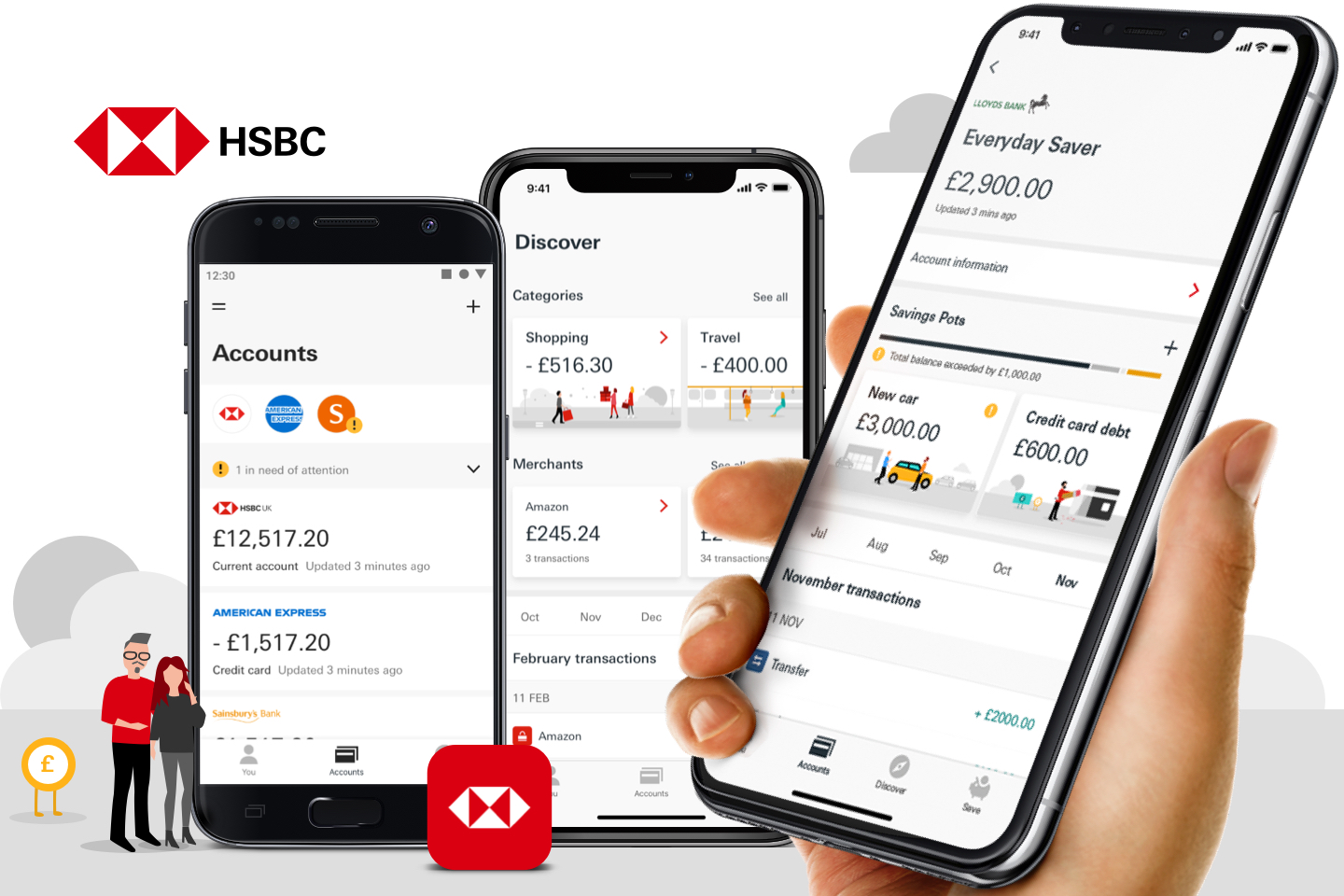 Connected Money by HSBC
On March 2017 I joined the "HSBC Beta" team. It was a new effort to build a Personal Finance Manager, for the UK market, based on the latest Open Banking initiative. The app would also serve as a test-bed for new finance features that the bank wanted to test:
http://uk.reuters.com/...
‍
This ambitious project was supported by a team of product managers, developers, product designers and illustrators, organised in scrum teams. Our aspiration was to use great design to elevate the project's features and offer the bank's customers with an exciting experience, redefining their relationship with their money, across all banks.
‍
Prior to its launch, the project was renamed Connected Money.
Role:
Product Designer
Responsibilities:
UX/UI design
Design System Lead
Interactive prototyping
DESIGN QA
USER TESTING

App flow mindmap
Experience design
Our design team worked collaboratively on fleshing out all the details on the features required. Our process started with a kick-off meeting with the business team. Business requirements were shared and then we took our time to explore all the relevant options. Once we had something solid, we made sure that it was reviewed by business and user-tested for UX, copy and visual treatments. Once our hypothesis was verified, we would review with the technical team. It's amazing how much it helps to get things agreed early in the process of design, instead later on when it's brought to sprint.
Once a feature was live, we would return to it and address any client feedback with the same process.

Component library
Interface design
I joined a small but powerful team of designers and illustrators. We engaged in a series of exercises, from figuring out the overall visual style of the product from zero, to exploring how each individual component of the interface would work. Our approach was closely collaborative, given that all the experiences in the app were interconnected and one affecting the other, while we were all under the same tight deadline.

Big part of my responsibility was to own, update and maintain the design system, as well as supporting other designers with new elements and components. The entire app was built up of individual components which we reused throughout. This added consistency across the app but also allowed us to very quickly mockup screens and flows to verify ideas. Once Android was in the roadmap, after our initial iOS launch, the design system had to be adjusted for this as well.
‍
Furthermore, we used Flinto extensively to create all our interactive prototypes, for testing or internal reference. Final and one of the most important bits of work we managed was maintaining good design reviews while the experiences where being built in the scrum sprints. Front-end developers would finish on any given ticket and us, as designers, were responsible of comparing code to design, to make sure everything was aligned properly. From pixels to animations and interactions, everything had to be addressed, escalated or priority-backlogged for future reference. A UI checklist was created, in order to help developers pre-review themselves the outcome of their work, before passing it on to the design team. 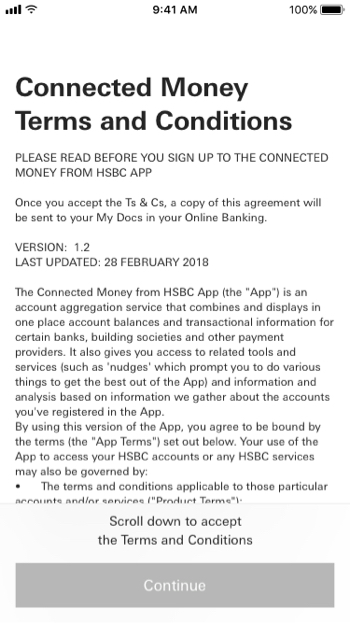 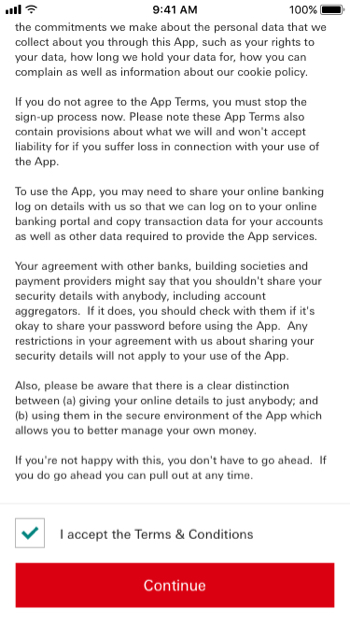 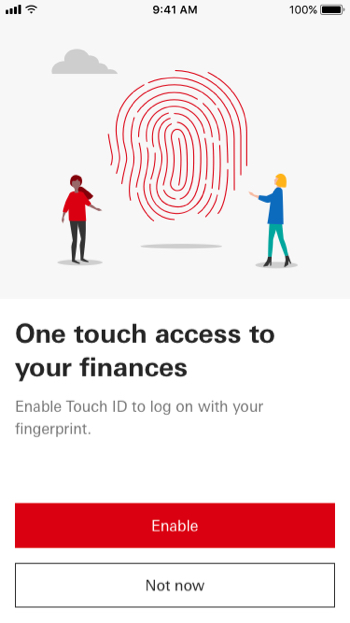 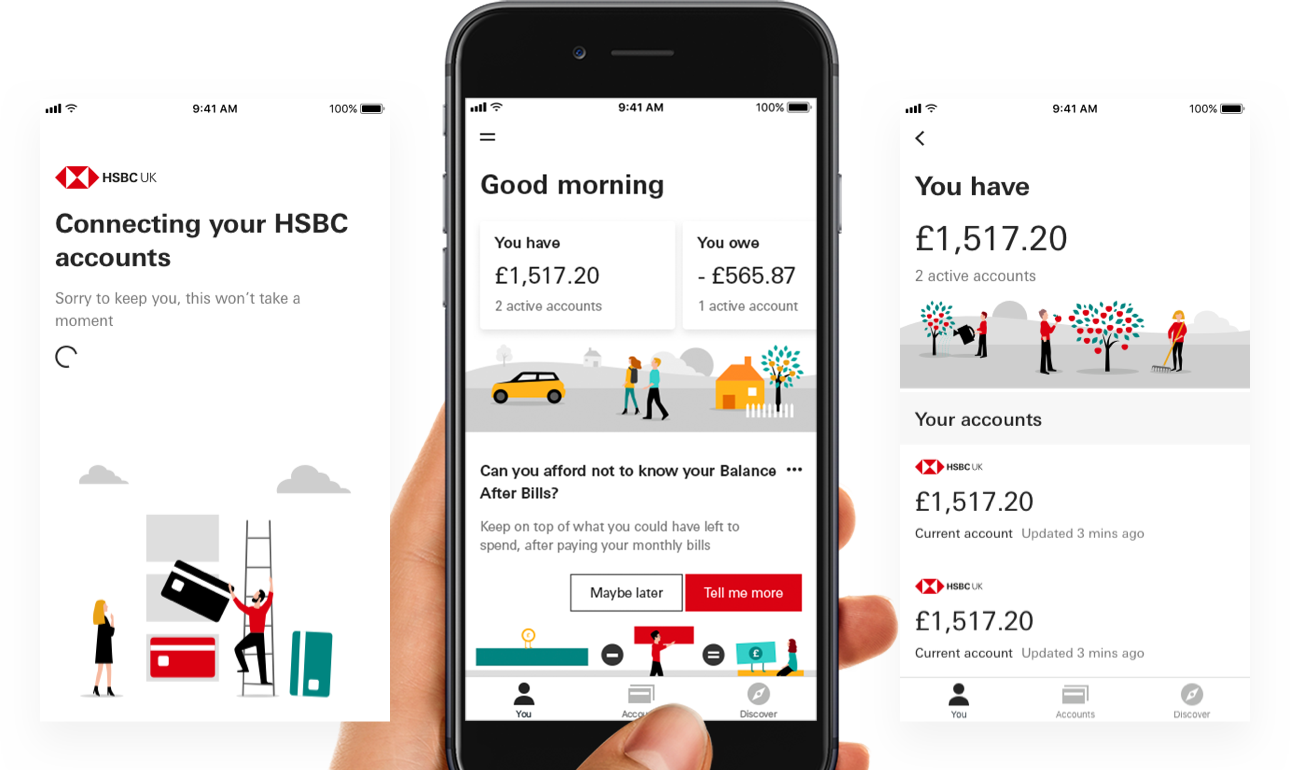 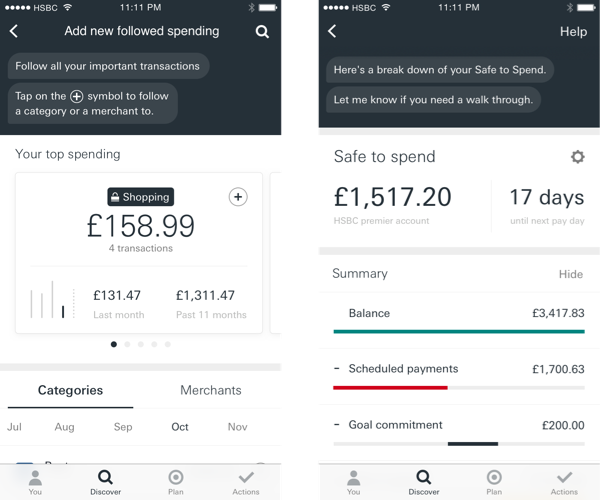 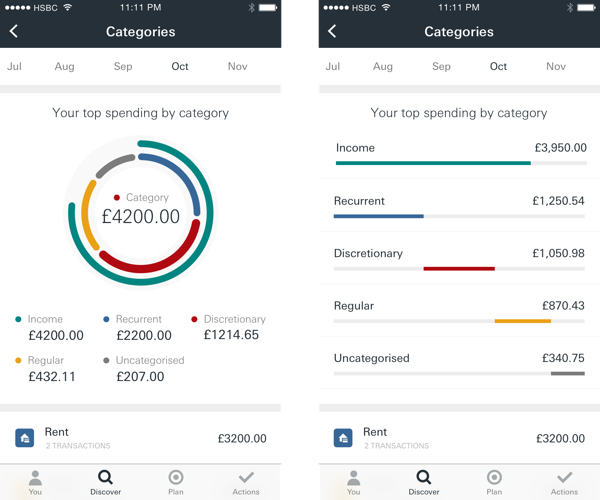 Most teams were very code-strong and their approaches to the brief were mostly technical. Our team decided to be more creative and approach the Open Banking theme from a product perspective.

Introducing HSBC Kids! Our team's idea was to leverage Open Banking and our digital capabilities, to develop a bespoke proposition for kids and parents. We created a video script based on real market insights and analytics, designed some high-level mockups, recorded the voice over with the help of one of our colleagues and voila, 2nd place in the UK! 🎉